Leading dietitians have examined some of the most popular nutrition myths – and revealed those you need to stop believing.

While being smart about the food you eat is a must, this doesn’t mean every fad has as much benefit as it claims.

Some of the current trends to come under the spotlight include whether brown carbs are better for you or that you need to eat protein within 45 minutes of working out.

The Australian experts also debunk myths surrounding saturated fats or if a gluten-free diet is healthier. 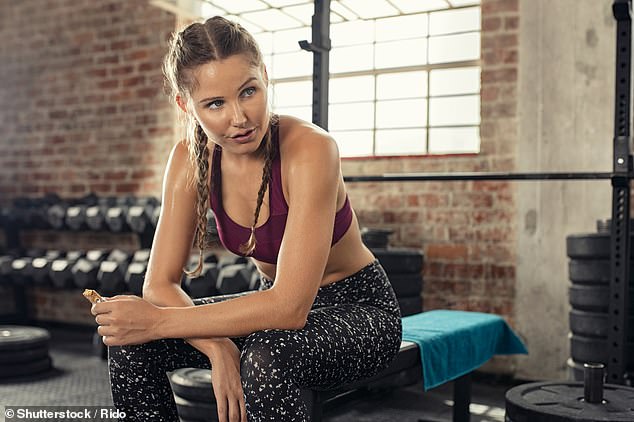 What foods are high in complex carbs?

1. Brown carbs are better than white

When it comes to choosing carbs, brown carbs are generally considered the healthier choice.

However, according to dietitian Jo Hollington, this isn’t necessarily true, especially in the case of brown rice.

‘White rice has had the outer brown part of the grain removed, which doesn’t really contain that much nutritionally,’ she told Women’s Health Australia.

It is worth noting, Jo does advocate for eating whole grains and slow release carbs as these generally contain more nutrients and fibre.

Slow-release (complex) carbs are considered better for you as they are processed by the body more slowly and don’t cause a quick energy spike. 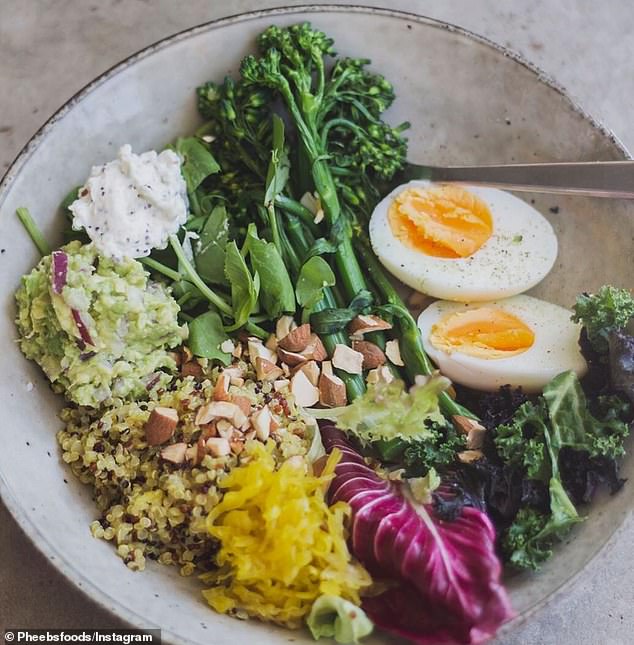 While brown rice isn’t that much healthier than white, slow release carbs like quinoa are generally considered better for you as they’re processed at a slower rate

2. Protein is a must 45 minutes after working out

Fitness fanatics may believe that to build muscle mass, it is necessary to eat protein within 45 minutes of working out.

It is a theory which gained traction following research in the early 2000s which found muscle protein synthesis (how the body builds mass) was stimulated by consuming whey protein within an hour of finishing a workout.

While this is true to a degree, scientists have since discovered the rate of synthesis was so small it was barely noticeable over 10 years.

Sports dietitian Rick Miller said current thinking based on the research is that there isn’t a fixed time for when you need to eat protein after training to gain the muscle-building benefits.

‘Following a tough session, the rate of protein synthesis will remain raised for 24 hours. During that time, your body will be sensitised to any protein you consume and will automatically build muscle,’ he told the publication.

In the past few years, eating more saturated fats, in conjunction with a Paleo diet, has been touted as a way to kick start a sluggish metabolism and lose weight fast.

Saturated fats include foods like milk, cheese, butter and yoghurt as well as red meat, including deli meats and sausages.

While scientists have recently discovered saturated fat from milk doesn’t impact blood cholesterol in the same ways as previously thought, it still pays to watch your intake of other foods high these fats to avoid heart disease. 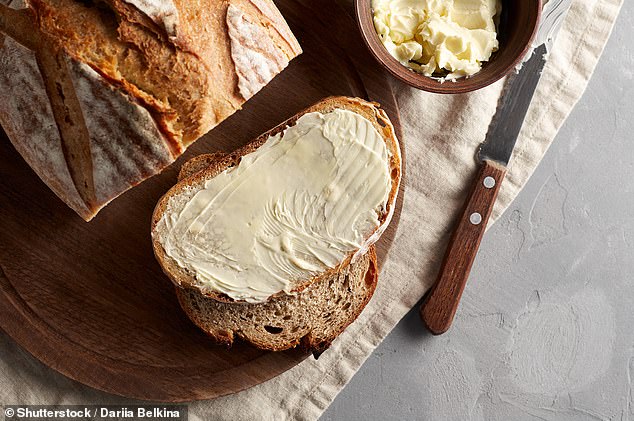 The myth saturated fats are healthy has been debunked, however, research shows saturated fat from milk doesn’t impact blood cholesterol in the same ways as previously thought

The healthiest types of fats to include in your diet are monounsaturated and polyunsaturated kinds.

4. Celery juice will heal your gut

One of the biggest trends to surface in 2019 has been gut health – and anything which helps to heal it has quickly earned a cult following.

Juiced celery has very much fallen into this camp and while it does come with an array of benefits, gut healing isn’t one.

Dietitian Leanne Ward said not only will celery juice not heal symptoms of a poor gut like bloating and bad skin, but it can also make these worse for some.

She said this is because celery is high in FODMAPS (a group of carbohydrates that are poorly absorbed in the small intestine).

What foods do you need in your diet?

Protein: Eating protein promotes fat loss as it’s the most thermogenic macronutrient, meaning that you use the most energy to break it down in comparison to the other macronutrients

Probiotics: Making gut health a priority will greatly aid you with your fat loss goal. A probiotic with its beneficial gut bacteria will support several processes that directly impact weight loss, including enhancing your metabolism

Water: Drinking enough water will keep you boost your metabolism, keep you hydrated, helps flush out waste such as sodium to help retain water and prevent bloating and acts as an appetite suppressant

5. A gluten-free diet is healthier

Speaking previously to FEMAIL, dietitian Paula Norris said unless you have diagnosed coeliac disease or non-coeliac gluten sensitivity, then gluten-free diets are not better for you.

‘In fact, they can sometimes be devoid of fibre and some micro-nutrients if not planned right,’ she said. 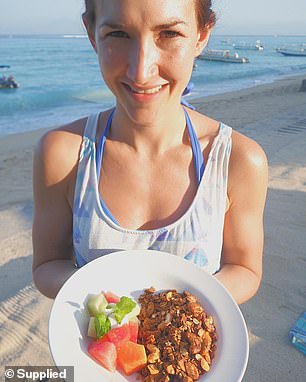 Don’t give up gluten just because you think it will be better for you. Just switch out some forms of it – like white bread – for the healthier brown or sourdough.

6. Snacking is bad for you

If you are watching what you eat, it is likely you have heard snacking is bad, and you shouldn’t indulge.

However, Paula said as far as she is concerned snacking is fine provided you choose nourishing snacks.

Paula’s favourites are snacks which give you all the macronutrients in one – something like a boiled egg and some spinach, a handful of cashew nuts or an apple and some peanut butter.

7.  You risk being protein deficient on a vegetarian diet

If you have been considering eating less meat or embracing a vegetarian diet, you will be pleased to know doing so won’t reduce leave you protein deficient.

According to Emma Taylor, founder of the Australian 123Diet, the misconception is cutting meat from your diet completely eliminates much-needed protein for muscle development.

Most major foods groups contain some level of protein, and there are many great sources of vegetarian protein around, with an emphasis towards legumes and dark, leafy greens.

There is also the added benefit that most vegetables are free of the saturated fats which are always present in most meat.